Guitarist and vocalist Sean Bergman plays with a bevy of pedals at his feet, yet his always churning and yelping guitar work is defined by the constant use of his Jazzmaster's tremolo arm. The result is a sound that is always unsteady, always tilting, always on the verge of collapse. - Sid / Too Much Rock

Müscle Wörship is a psychedelic post-punk band from Lawrence Kansas. Formed in 2009 by Sean Bergman with original members Billy Ning, and Nathan Wilder. By 2010 they put out their first self-titled E.P. and a 7" titled “Psychonaut’s Prayer” in 2011. Honing their sound over several U.S. tours, they released “Müscle Wörship” their first full length LP in 2013. Touring up until 2015 when suddenly members found themselves moving to different states, separating the band. In 2016, Sean Bergman reformed with Pete Biasi and Giovanni Stimamiglio to embark on a three week long European tour. With all members involved in other musical projects, time elapsed, but the band again solidified in 2019 to tour the U.S. and Canada. With new momentum, they began writing and recording new songs just as the pandemic hit. Determined to finish their new album, as soon as the borders opened in 2022 and venues began to book shows again, they flew to Europe to complete what they started. Recording new music in Italy for their upcoming full-length album and debuted songs with a handful of live shows. New music is set to be released this year, along with a European pressing of the self-titled LP.

“I still struggle to find the words to describe the sound of Muscle Worship. And actually, I still struggle to even understand what the hell is going on in Muscle Worship. How so much sound can come out of one band still escapes me. Powerful vocals, powerful rhythm section, and guitar riffs that pull you apart are the supports to their towering monolith of sound. Each epic song after the next seems to knock you to the ground, only to find yourself climbing back to your feet for more. In my brief, five-year Lawrence residency, I have not come across a band that compares to Muscle Worship. Go see them. Bring ear plugs.” - Mitch Jones

“After much debating, the comparison we finally came up with for this band was a mix of Cymbals Eat Guitars (1st non crap album) and early period Cursive sans the cello. Incredible am I right? Distorted bass lines. Powerful screaming vocals. Some of the best live drumming I’ve seen in years. Personally, I think these guys might have been my favorite band of the evening. Great stuff.” - RAYRAY 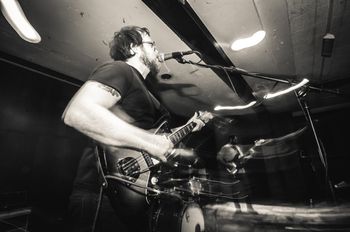 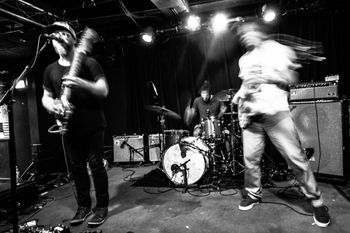 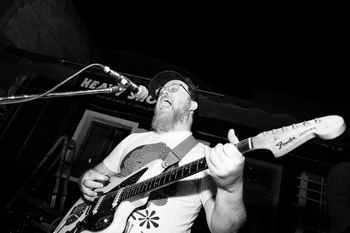 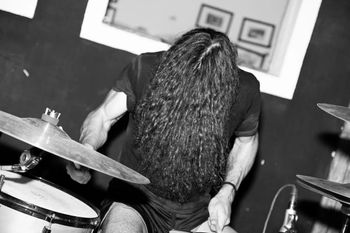 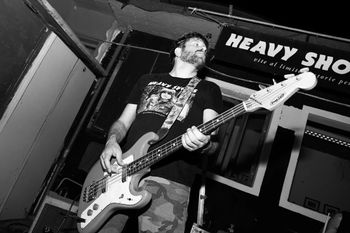 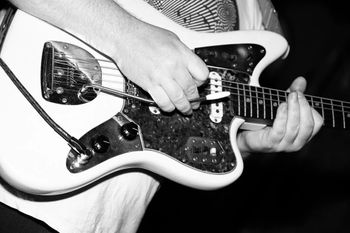 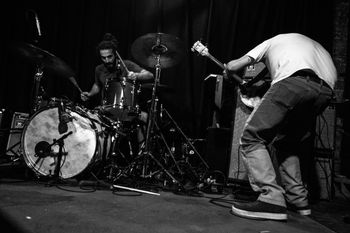 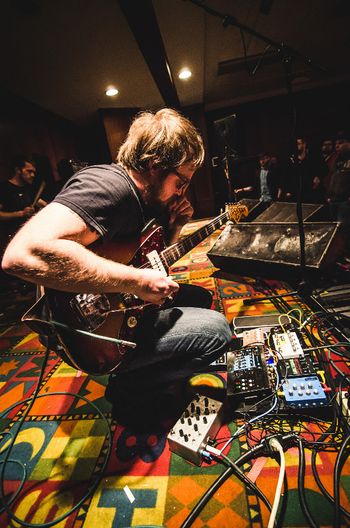 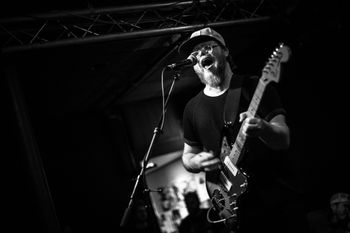 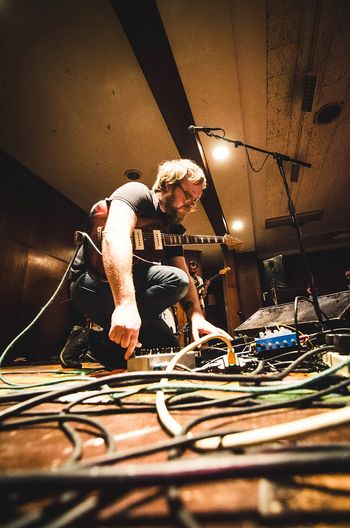 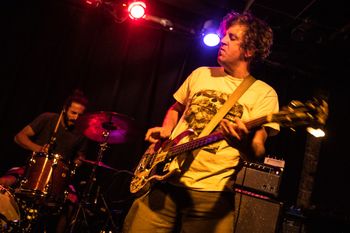 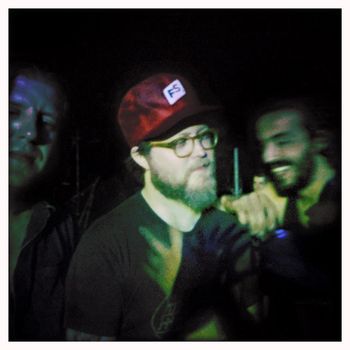 “Muscle Worship's self-titled debut LP, which came out earlier this year, is packed with raw riffage and distorted vocals that fall somewhere between the attack of post-hardcore and the sharp quickness of post-punk.” - Andrew Sacher

“But the combination of a somewhat-deviant punk-ish name and those metal dots (A la Motörhead) makes musical sense, too, as Müscle Wörship lives in the cracks between styles. There's the lean aggression of punk, the experimental complexity of post-punk, the general heaviness of metal, extensive use of the tremolo bar that sometimes recalls the signature guitar sounds of both My Bloody Valentine and Neil Young, alternative tunings that bring to mind Sonic Youth, a grunge-y emphasis on hooks and distorted melody, and even hints of emo in the vocals. The magic is that - on Müscle Wörship's self-titled debut album from earlier this year - those disparate elements have been combined in a way that, against all odds, is nearly monolithic: 32 furious minutes of great and nearly great infectious hard rock. (And just to be clear: The whole record is 32 minutes.) The group's music has three very different methods of persuasion - forceful enough to grab you by the throat, accessible enough to suck you in, and intricate enough to get lost in. In that sense, the name is wholly appropriate: This is music that's all beautifully sculpted muscle.” - Jeff Ignatius